​"Winning MasterChef Jr is a dream come true, I focused on one Challenge at a time".   . 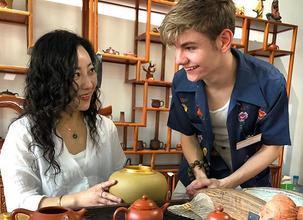 Born and raised in Memphis, Logan Guleff is a young and up and coming “Chef”. He pushes the limits of cooking and works hard to achieve his goals Age 13.

​Logan has gone on to do several Charity Dinners, Countless food Demos, an Initiative for Uncle Ben's Canada, and even flexed his muscles as the ONLY KID Certified BBQ Judge for Memphis in May World Champion BBQ contest.

Other accomplishments include winning the First Kids State Dinner for the State of TN. This took him the White House where he met the First Lady and President as well as touring the famous White House Garden, Age 10.

Logan made the pages of Future Chef Cookbook by Ramin Ganeshram, Age 10.

The first recipe he ever created landed him in NYC and a spot on the Today Show. Logan was 8 at the time. The community rallied behind Logan and he did about 25 local food demos on live television, Age 8.

He chronicles his food adventures on his 5 year old food blog  http://orderupwithlogan.blogspot.com/ . He is a Tabelog contributing Judge and is listed as a top Memphis Blog. Hits average 6K a week. 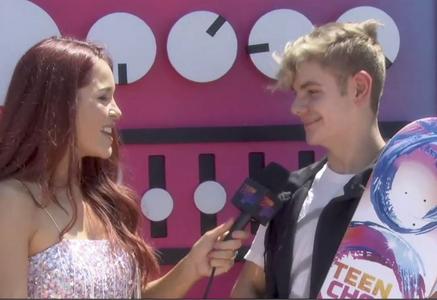 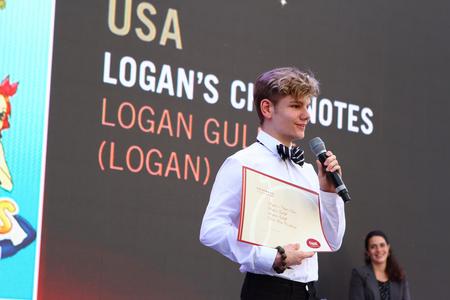 Logan Guleff, winner of the national television show MasterChef Junior on FOX is the youngest kid to win the coveted tittle. MasterChef Junior is a premiere culinary competition that challenges kids age 8-13 and tests their culinary abilities and passion for food through a series of challenges. Out of 20,000 applicants, Logan won the tittle. Chef Gordon Ramsay,restaurateur and wine expert Joe Bastianich and acclaimed chef Graham Elliot are the Celebrity Judges. ( https://www.facebook.com/LoganJuniorChef) .